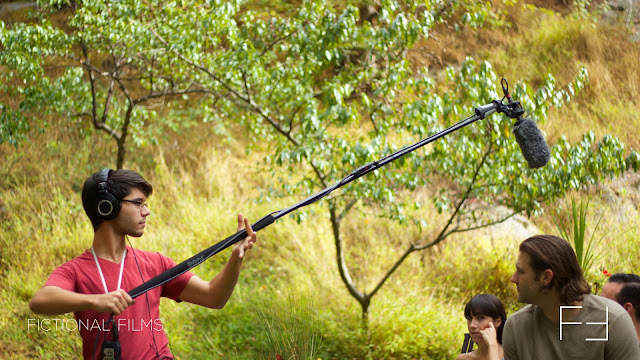 
Links to the previous blog posts about the first three shooting days can be found here:
https://thecommonone-jtw.blogspot.com/2017/09/on-set-unspoken-heart-feature-length.html
and here:
https://thecommonone-jtw.blogspot.com/2017/08/on-set-unspoken-heart-feature-length.html

The third shooting day was filmed on a beautiful Saturday in October,  The crew and all four lead actors traveled up state to a country house in Putnam Valley, near the Oscawana Lake, east of Cold Spring and Garrison.

The single shooting day covered a lot of material.  A major section of the movie takes place during a weekend trip and many long crucial scenes were to be filmed.

Using various cars, we caravanned up to the house arriving late in the morning.  The crew quickly settled in and we began shooting.

For the first time since August, the four major characters of the movie were on set at the same time.  I had yet to shoot any one on one scenes with my co-star Marianna Cardenas.  A major plot point of the movie is evolution of the relationship between Marianna's and my character.  Acting is all about building connections with your fellow actors, and I was anxious to see what Mariana and I would find.

Also, central to the movie is the relationship between the four friends.  The first scene we shot was with Marianna, Brian and me.  Heavy with subtext, the dynamic and trust the three of us found was highly enjoyable and set the basis for not only the rest of the day but the rest of the shooting schedule for the film.

A constant challenge of shooting any movie for cast and crew was to be aware of the continuity of the scenes within the movie and to fit that to match the daylight and locations of each shot.

We ping-ponged from scene to scene trying to cover the span of three days within the script.  Questions about wardrobe, emotional levels, continuity, and so on, compounded exponentially.  Luckily Alex, the Assistant Director, and a few other members of the crew, were able to keep track of where and what we were shooting.

Except for a brief break for a late lunch - early dinner, the day was constant motion.  As the crew set up the next shot, the actors went over lines, we filmed the scene and then repeated.

The schedule was tight, but by the end of the day the entire shot list was completed.  We only ran about an hour over schedule.  However, since all of us were so focused on completing all of the shots, the overtime never felt like a burden.

At the end of the long day, the cast and crew climbed back in the various cars and left upstate for the city.

Since the all day shoot in October, we've had three more shooting days.  Posts of those days will follow as we catch up with all of the chaos from the fall season.

On the schedule, I think there's four more shooting days before we wrap up principal shooting.

Check back in for updates! 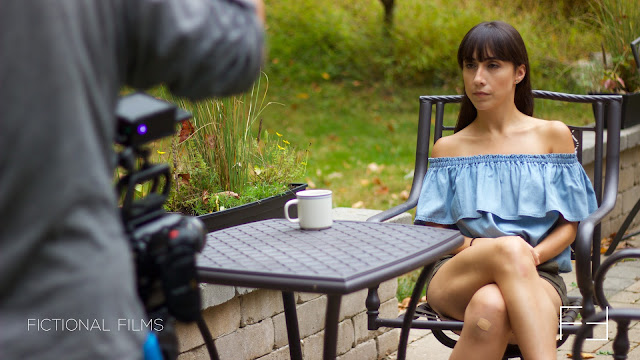 Marianna waiting for her close-up 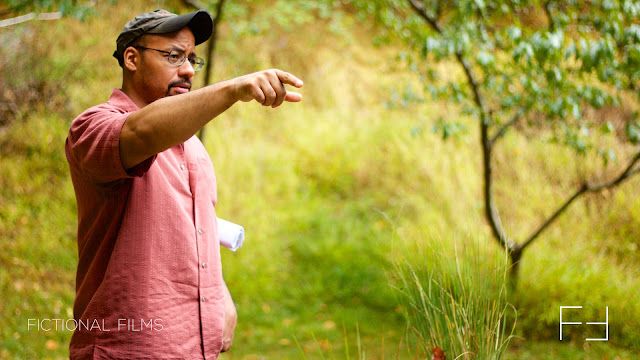 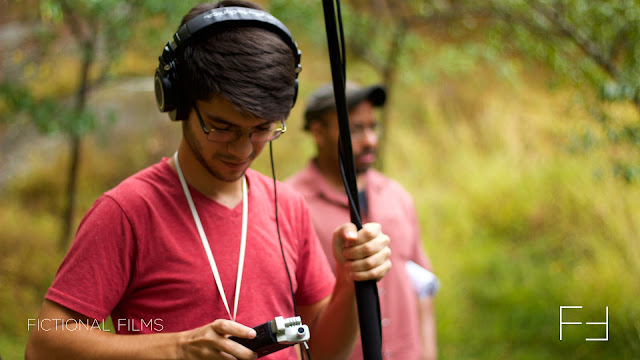 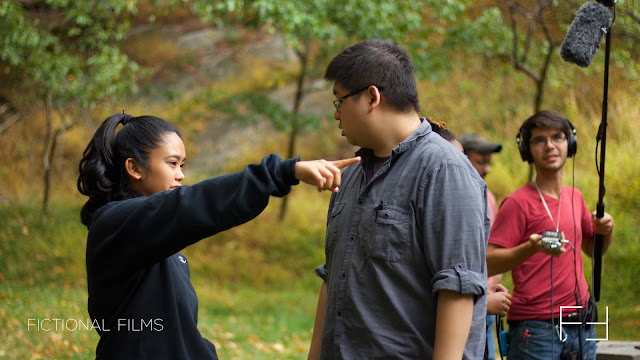 Rianna and Alex keeping us focused on the shot list 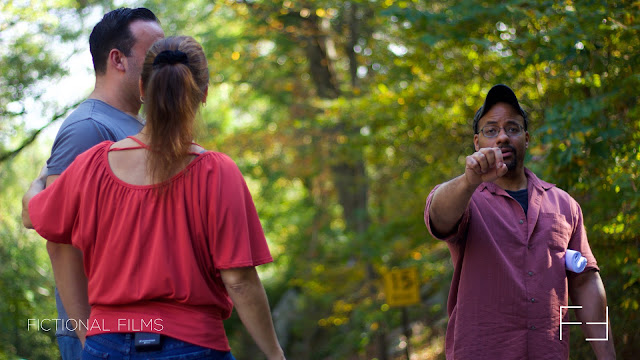 Daryl setting up Brian and Frances 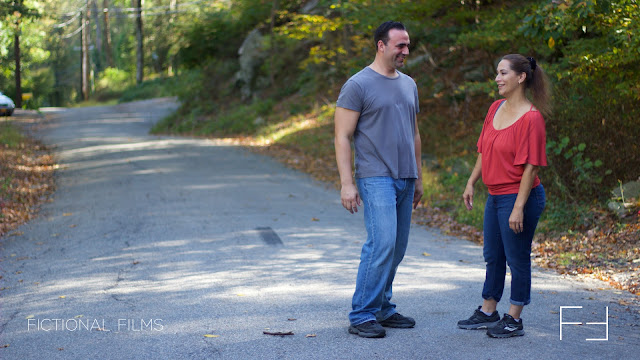 Frances and Brian having a moment in between takes 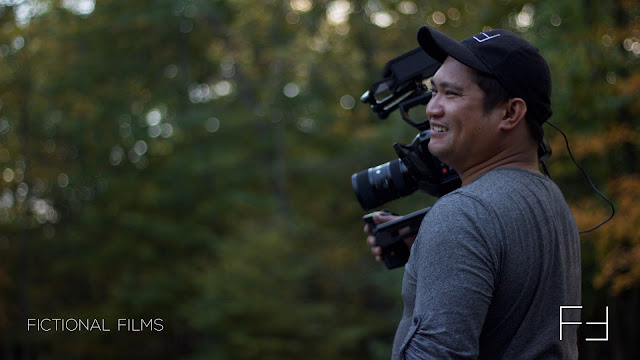 Rodney behind the camera 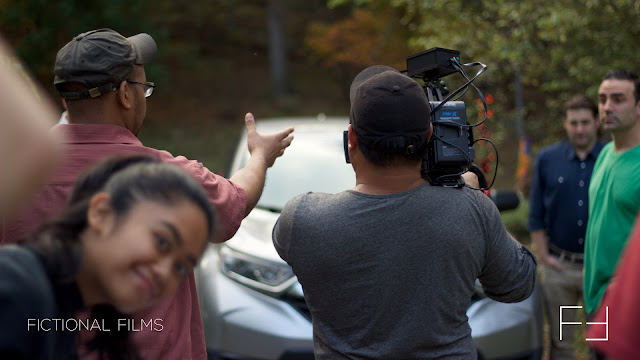 Rianna sneaks in while Daryl directs 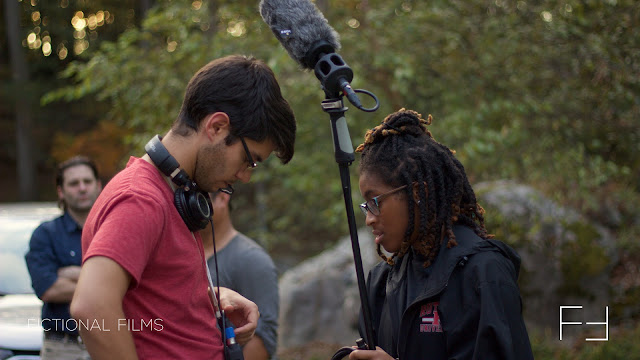 Taking a moment during sound check 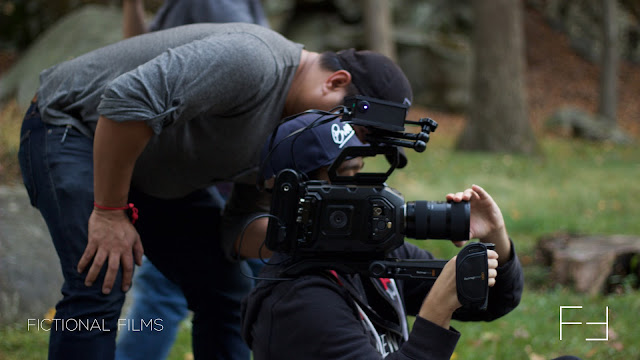 Rodney getting in close with Dom 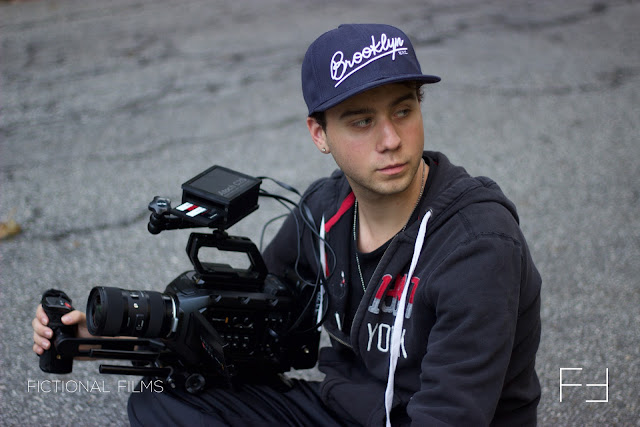 Dom, in between takes 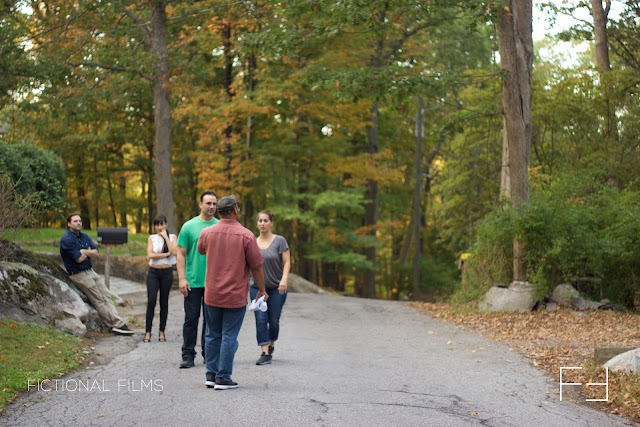 Posted by JTWeirich at 1:38 PM