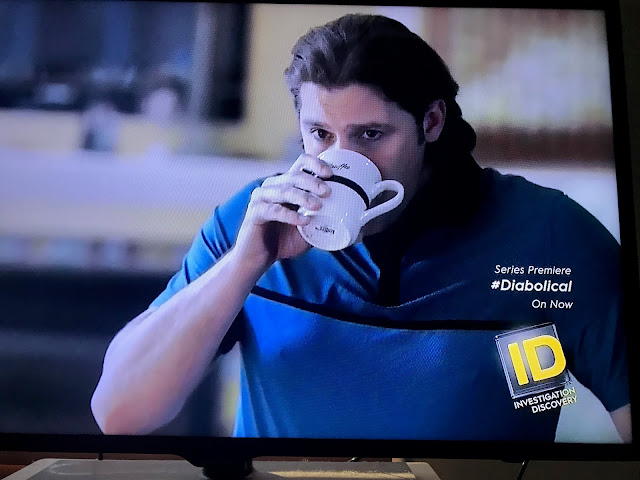 The premiere episode of the Investigation Discovery series Diabolical, where I play the lead Dr. Adam Frasch, was broadcast on Monday, New Year's Day.


Xfinity streaming describes the episode as:

Married Family man Dr. Adam Frasch has a booming practice, and he loves to spend money on houses, automobiles and exotic dancers; ultimately, the doctor will eat what he sows in deceit and jealousy.

Calculating. Cunning. Cold as ice. In Diabolical, a new gripping ten-episode series on Investigation Discovery, these shockingly devious masterminds use their wits and wiles to manipulate us, seduce us and try to get away with murder.

We shot the episode over the course of 3 days in early August and my post about the experience can be seen here:
https://thecommonone-jtw.blogspot.com/2017/08/on-set-diabolical-season-1-episode-2.html#more

When we wrapped shooting the producers told me they were aiming for a premiere in the New Year.

On the call sheet the episode was listed as the second of the series.

I figured that I would receive an email sometime in December with specifics of when and where the episode would air assuming middle to late January.

As Summer turned to Fall and Fall to Winter, I received no updates and I forgot about the show.  My schedule became increasingly busy with various projects including readings, a short film and of course Dary Denner's and Fictional Films' feature length movie.

Over the holidays, I tried to unplug as much as possible.

On New Year's Day, I was on the train with my mother traveling back to New York City.  We were outside of Newark, and my phone started to explode with text messages.

One of my cousins outside of Pittsburgh and a waitress that I work with in NYC were watching the broadcast premiere.  I had no clue that the show would air on New Year's Day, and I was surprised that the network made the show I was in the premiere episode.

Since I was still on the train, my cousin and my friend sent some screen grab pics to my phone.

I've been unable to to find when ID will re-air the episode, but I did find a link to their home page where you can watch. Also, the show should be found On-Demand.

So, if you're trapped during the snow cyclone you can find a link here:
https://www.investigationdiscovery.com/tv-shows/diabolical/

The episode title is Mistress Roulette.

I watched the other night from On-Demand.  These type of shows definitely go after a certain demographic and are produced to have a look and style.  Plus, as feared, the make-up and costuming departments did a great job of making me look like a cross between James Franco impersonating Tommy Wisseau and a podiatrist gone to seed.  However, I think the look totally works for the character and the episode.

I hope you watch and enjoy! 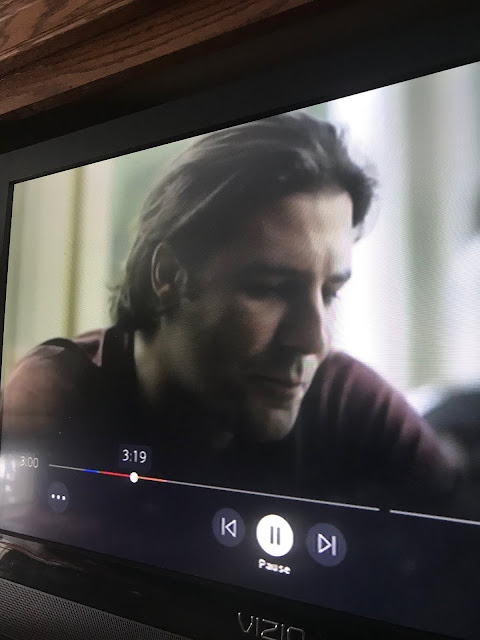 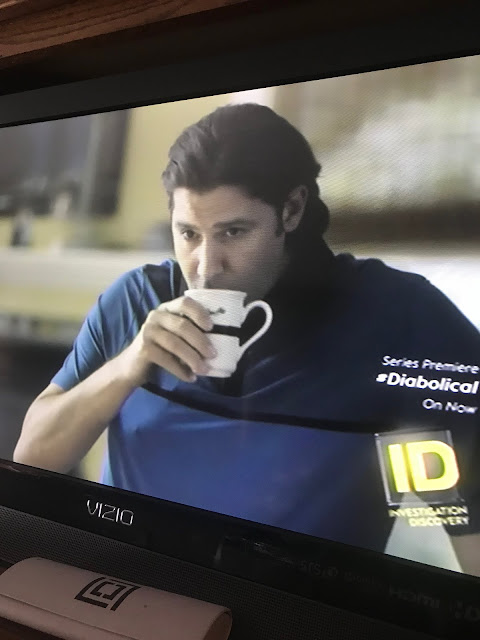 Getting ready to do my best Randy "Macho Man" Savage send up with my shirt, long hair and COFFEE CUP!

Posted by JTWeirich at 9:44 AM